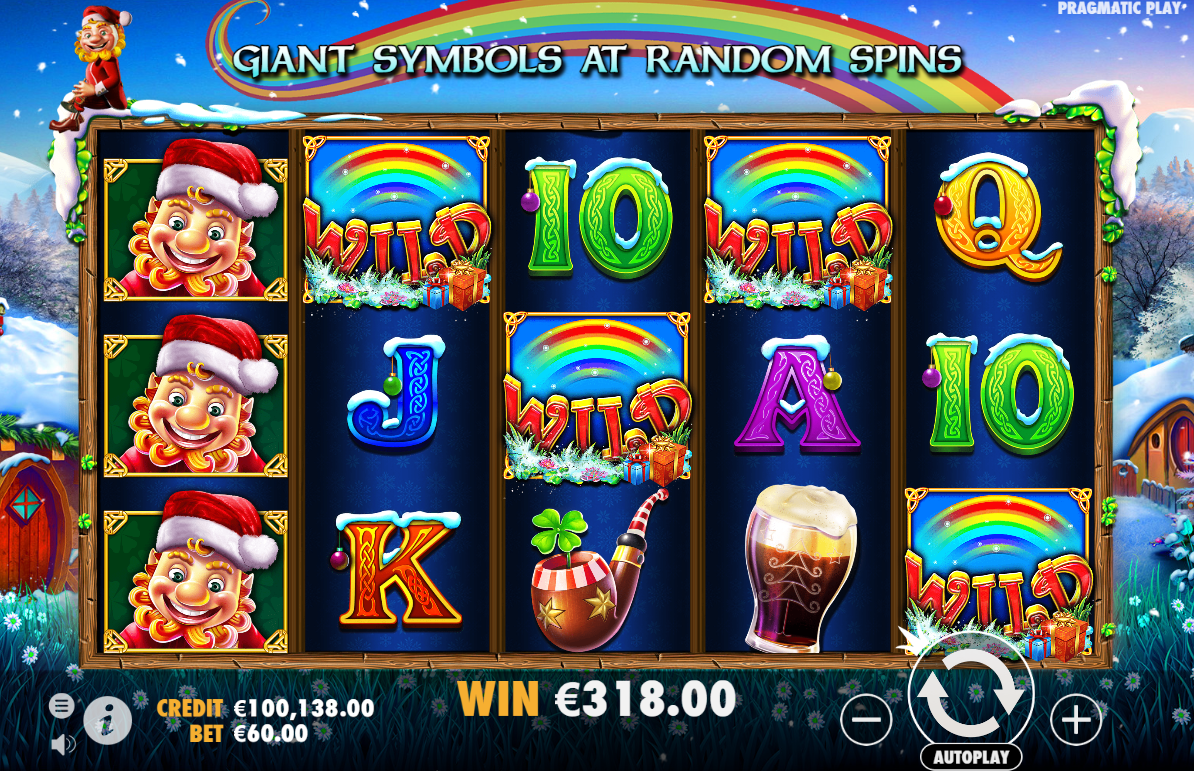 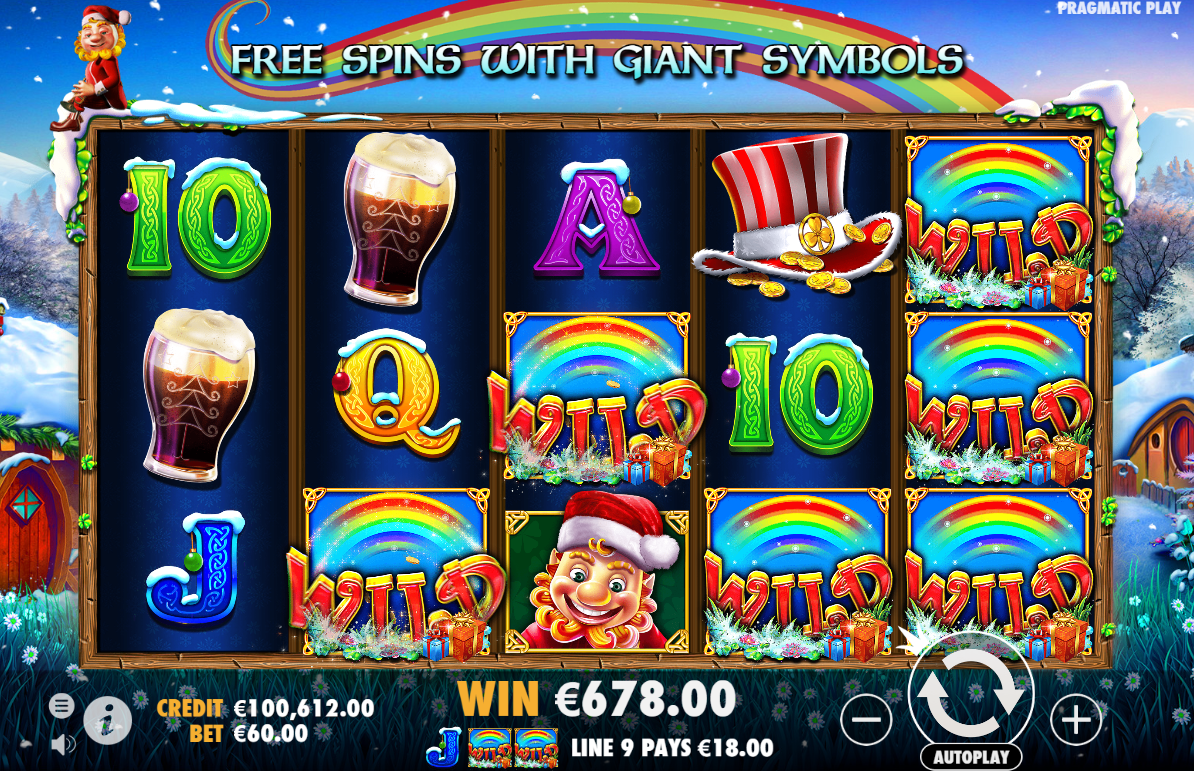 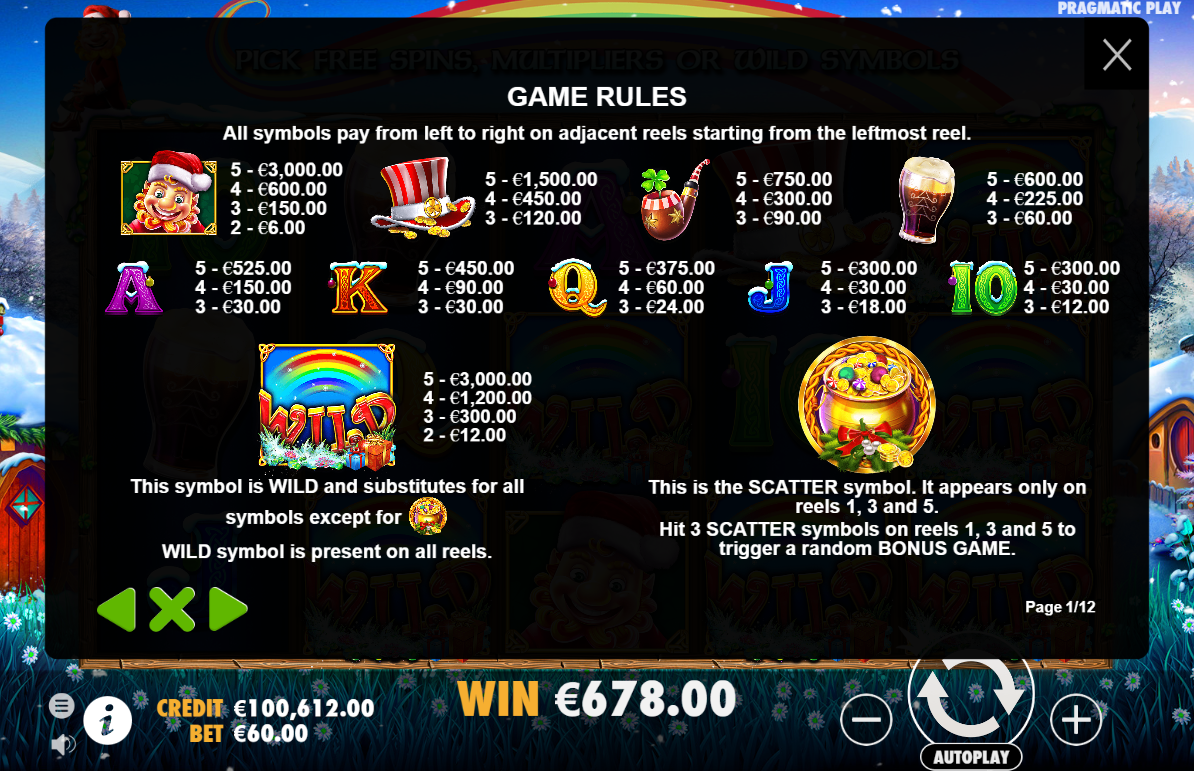 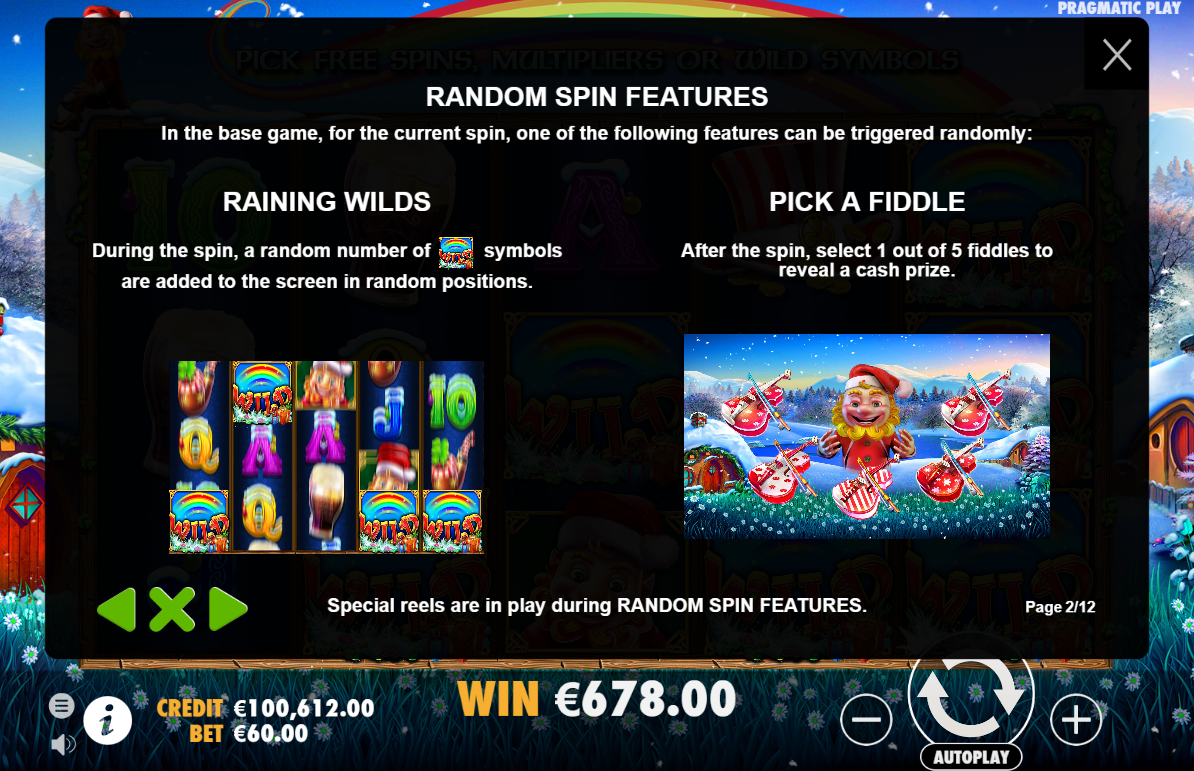 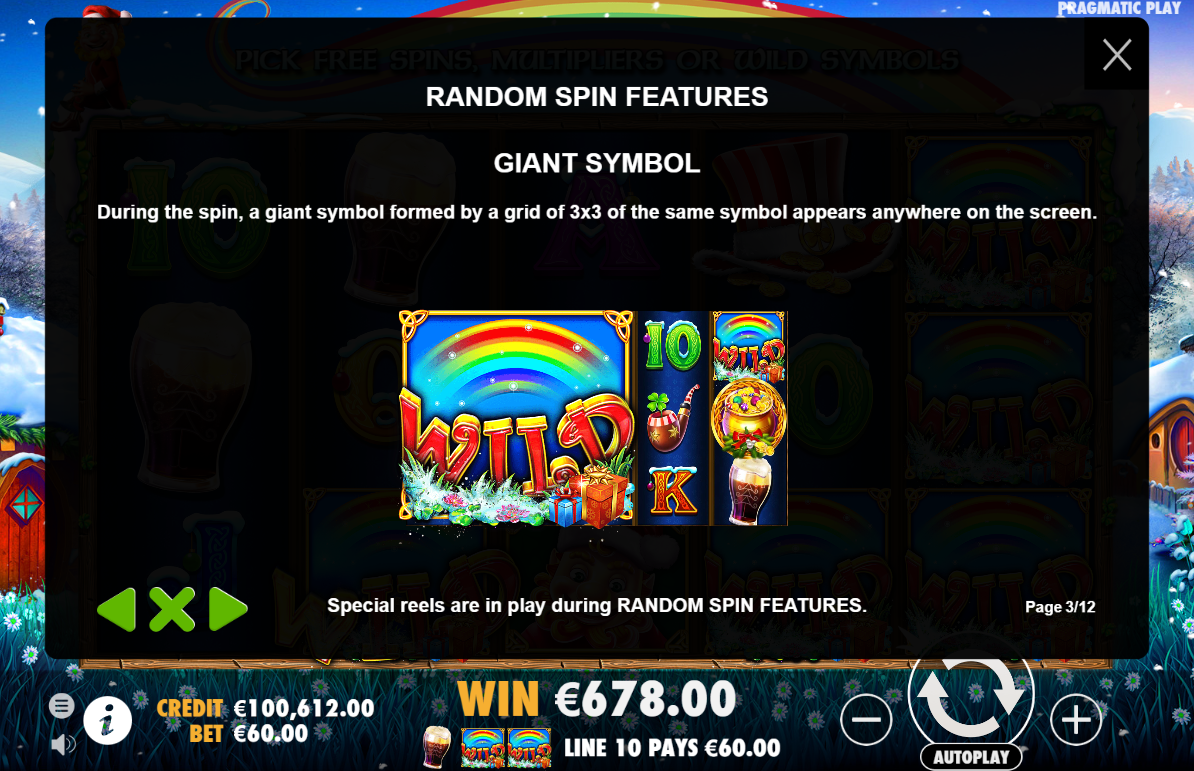 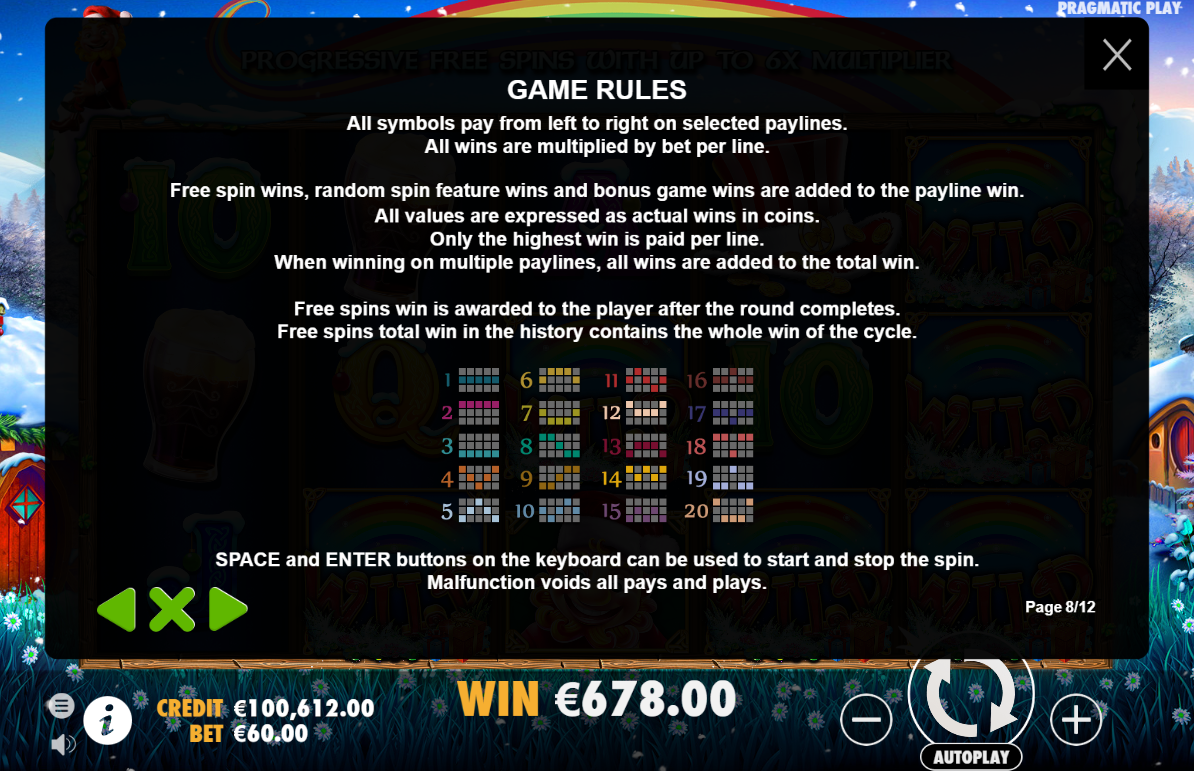 star star star star star 4/5 (216)
Join in the Christmas fun in Leprechaun Carol, the 3Ã—5, feature rich videoslot. The Leprechaun is singing seasonal songs from across the rainbow, bringing Wilds and expanded symbols randomly to the reels. Catch the free spins features to enjoy festive multipliers, wild symbols and increasing wins in the progressive feature.

Leprechaun Carol™ is an exciting online slot game developed by Pragmatic Play. This five-reel, three-row, 20-payline game is full of colourful Irish charm. The reels are set in the rolling hills of County Mayo with a beautiful rainbow and white cottage in the background. The colourful symbols on the reels include golden horseshoes, wishing wells, and pots of gold. There is a fun and lively Celtic soundtrack to accompany the game. The game features several exciting bonus features. For starters, there is the Lucky Leprechaun free spins feature, which is activated when three scatter symbols appear anywhere on the reels. When this happens, the player is awarded 8 free spins with triple win payouts. There is also a Magic Fiddle feature that awards extra free spins and multipliers. Plus, the game features two exciting wilds – a leprechaun wild and a magic fiddle wild. Overall, Leprechaun Carol™ is a fun, lively game with plenty of ways to win big. With its exciting bonus features, colourful graphics, and lively soundtrack, this game is sure to provide hours of entertainment.